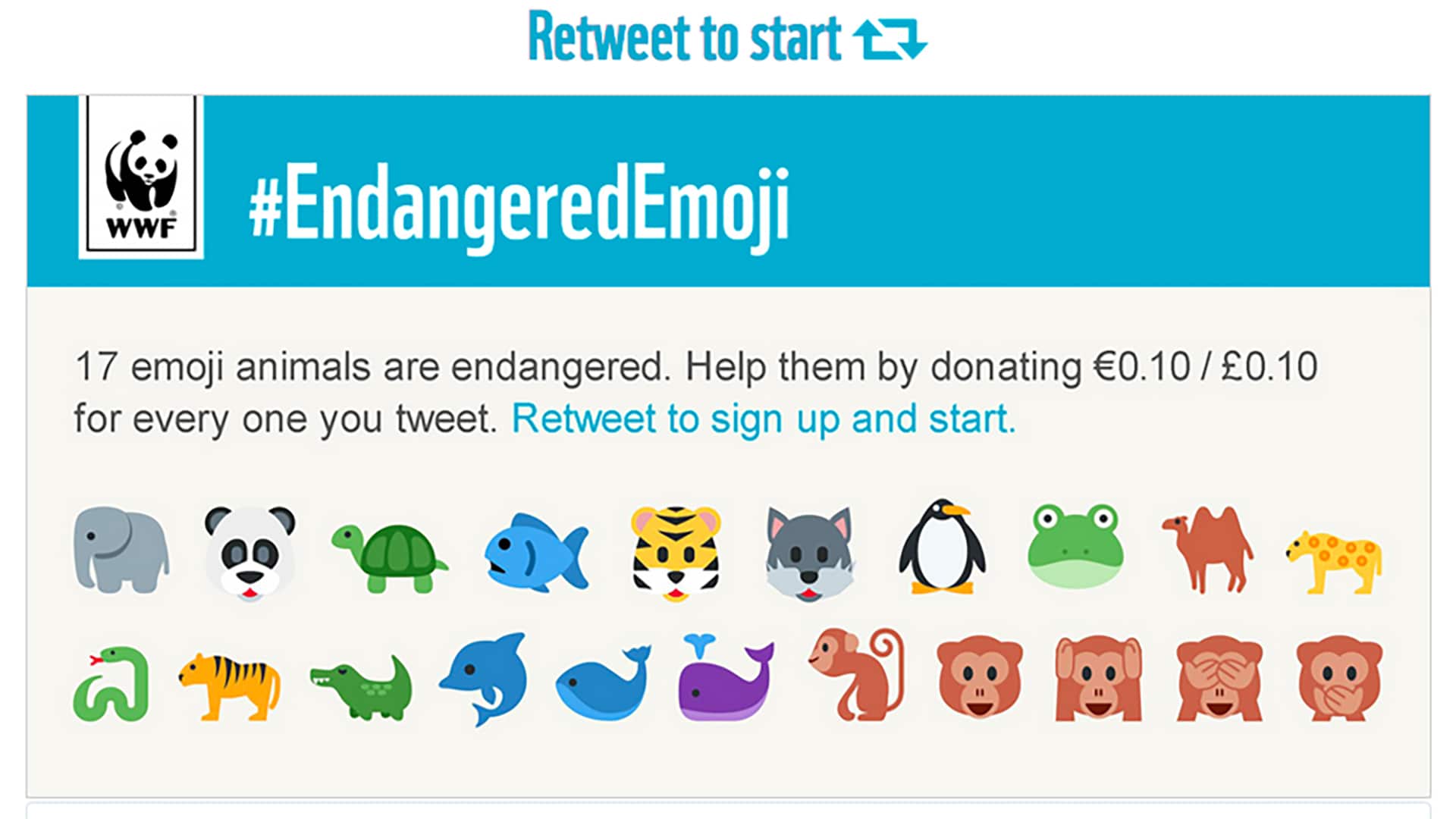 Emojis are now more popular than ever.
A few months ago Twitter embedded the full emojis stack that include the 65 designs for animals; 17 of these animals are actually endangered species.

In just a few months, these animals alone have been used about 100 million times on Twitter, and WWF made them the heroes of their new fundraising campaign “Endangered Emoji” . 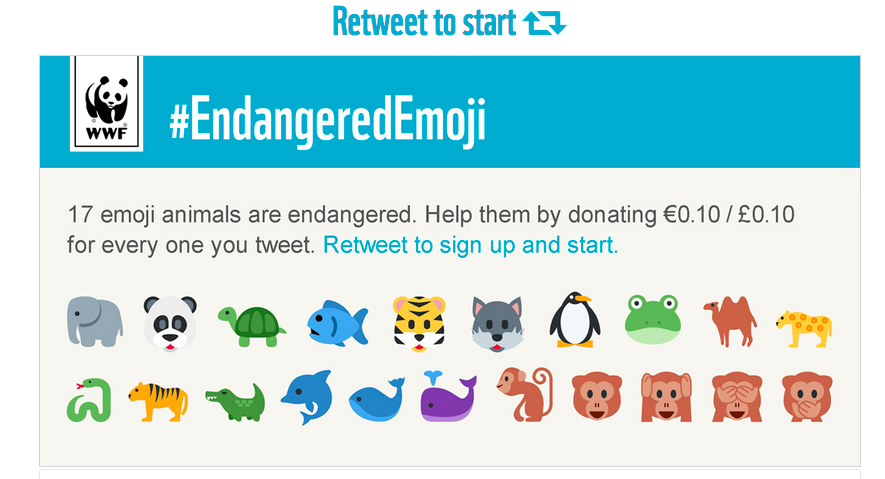 The Twitter campaign will ask people to donate a small amount (£ 0.10/€ 0.10) every time they use one of the endangered emoji in a Tweet.

Coahesus partnered with Wieden+Kennedy London  to deploy the fundraising campaign for WWF, delivering the system which consists of three apps. The stream app is used to monitor the twitter stream and find users who are trying to either subscribe or unsubscribe to the campaign. Then there is the bill app which collects the amount of emojis tweeted by a user and tweets them the bill link when is due . And of course there is the web app, that handles the presentation of the website.

The project’s strength lies in ensuring that the watch of the twitter stream is never lost, as this determine whether a user is trying to subscribe or unsubscribe.
As the campaign will go global, being able to maintain this accuracy and transparency for the end user is key to guaranteeing the success of such an engaging and fitting campaign.

In just its first day, the #EndageredEmoji campaign got more than 12000 retweets. 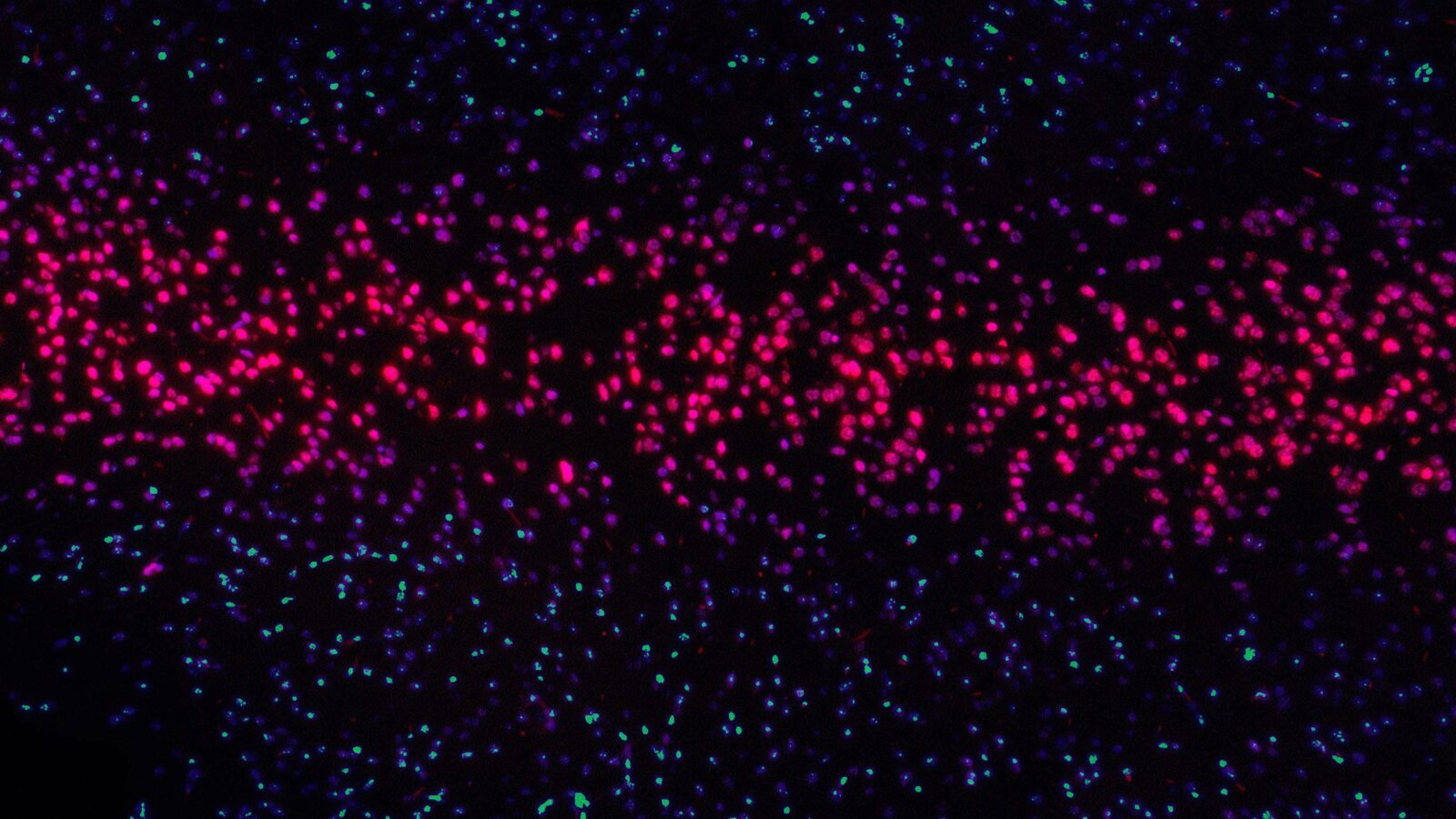 The six steps of the CRO process with Cohaesus

Conversion Rate Optimisation in a nutshell 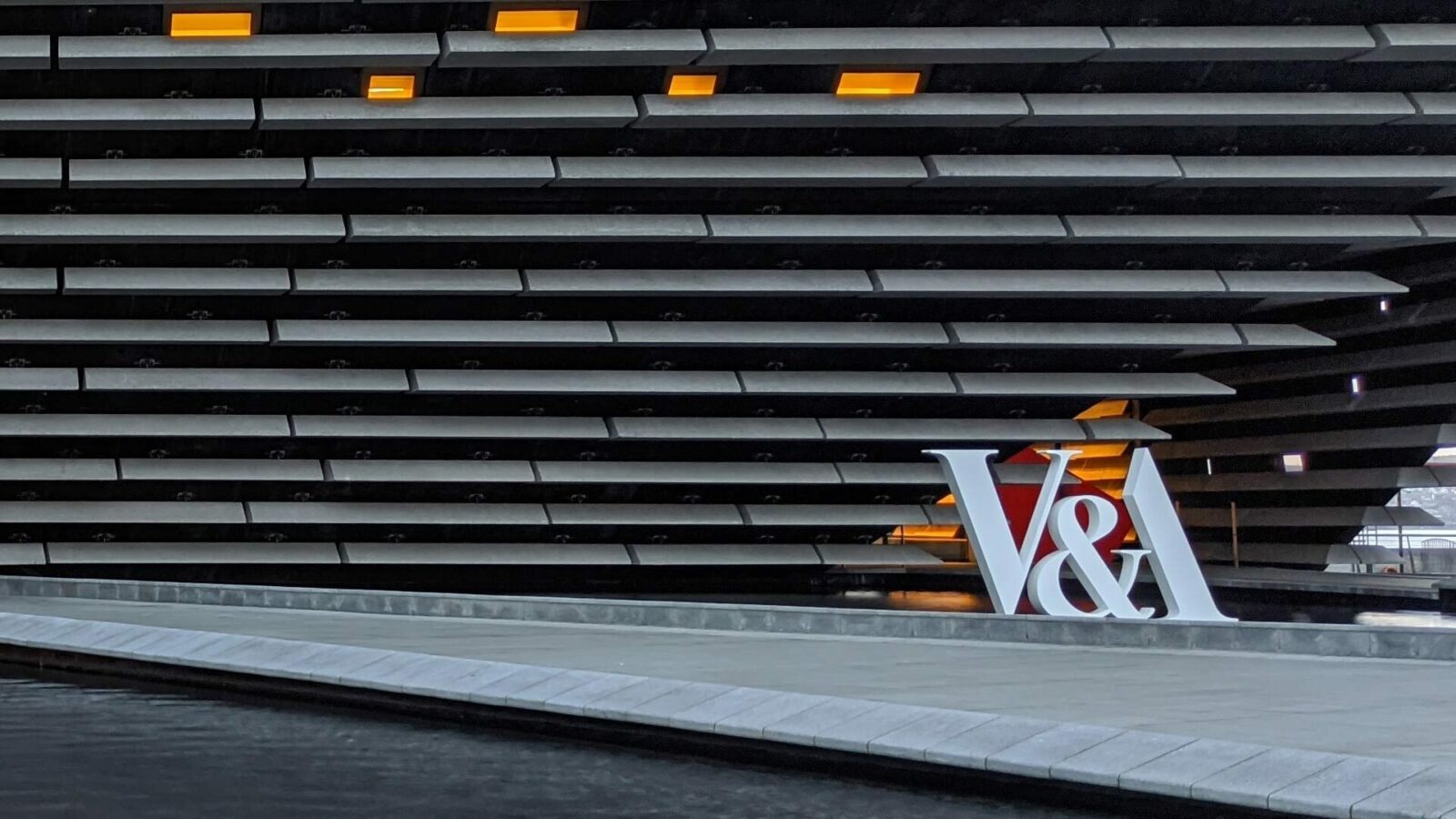