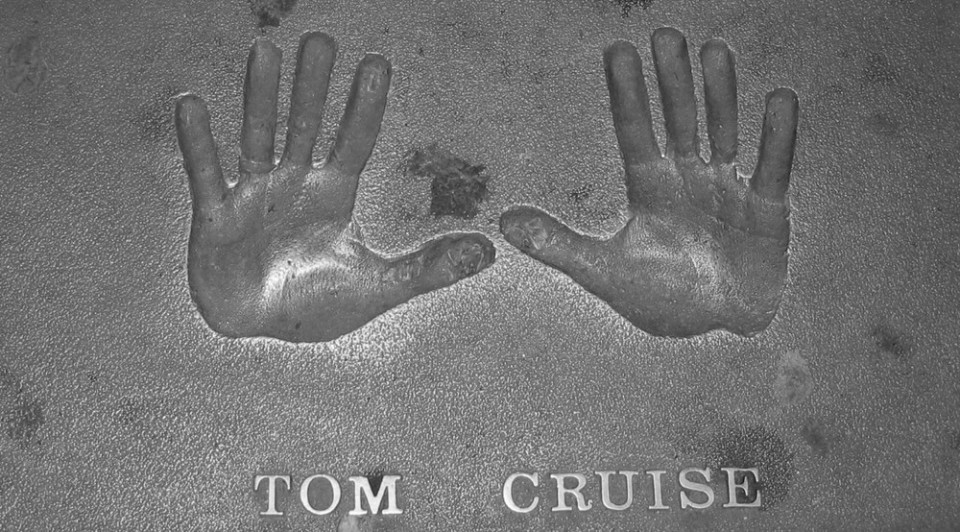 Movie making, like software development, is a strangely ephemeral business. We debate a series of abstract ideas and then, suddenly, one of them gets the green light and many people are swiftly mobilised, shifting the entire focus of their daily existence to realising the idea.

And then it’s done. And all that remains is a kind of multi-media memorial to all that effort. This transience is the reason why both the film and software industries rely heavily on freelance staff. It would be simply impractical to employ all those people between projects.

The other thing both industries have in common is that ultimately everything is about money. However artistically creative it feels to work on a project, however mentally stimulating the challenges, however noble the objective, money creates the project and money comes with an expected outcome (which is usually that more money will be made than went in). As Bob Sugar said in Jerry Maguire, “It’s not show friends. It’s show business.”

The budget for Jerry Maguire was about 50 million dollars and it made all that money back on the opening weekends in the US and UK alone. Tom Cruise was paid a cool 20 million dollars for the starring role. Such was the cultural impact of the film it’s hard to visualise anyone other than Tom Cruise as Jerry, but it was actually written for Tom Hanks. Before Cruise took it on, Edward Burns, Alec Baldwin, Johnny Depp, John Travolta, Sean Penn and Bruce Willis were all either offered or considered for the role.

Had Edward Burns taken the job he would not have been paid 20 million and neither would any of the other prospects. Why? Because Tom Cruise is Big Bank. You could make a movie about your cacti collection and if Tom starred in it you would have a hit. Edward burns is as handsome as Cruise, comparably capable as an actor, as likeable, and even looks similar. But, for unknowable reasons, he’s not the same box office draw. So he doesn’t get paid as much. In Hollywood you get paid for what you bring to the party, no matter how many lunches your agent buys. That, people, is show business.

When hiring for a software project something very different happens. Search for ‘technical architect’ contract roles on jobserve.com and you’ll see a fairly uniform distribution centred around 500 pounds per day. Talent might be assessed at the interview stage, but the going rate is 500 pounds.

As a freelancer, if you worked on a project as a technical architect you can expect your freelancing company to earn £2,500 a week. Admittedly that’s not a figure that’s going to knock Tom Cruise off the rich-list but it’s a tidy sum. In a properly functioning free market there’s a baked-in assumption that the freelancer brings at least £2,500 of value to the project every week. On long enterprise projects that may not be too far fetched – a few good decisions could pay that back over a year. On an agency project that’s only a few weeks long it’s a highly ambitious target.

But even if it were achievable, is that £2,500 a Tom Cruise valuation or an Edward Burns valuation? Because the thing is, as anyone with any software development experience quickly learns, a few individuals on a team make all the difference. Take a punt on an Architect (500), some developers (500), a Business Analyst (450) and a project manager (475) and you’re either on the way to a glittering awards ceremony or answering uncomfortable questions in the post-failure wash-up.

Good freelancers don’t just make a difference to deliverability. Diligence and intellect may keep dates in check, but wise technical choices impact the bottom line, resulting cost-effective tool choices and transparent integration steps rather than expensive license fees and endless impenetrable technical tasks. Budgets are subtly driven by technology decisions. Bad decisions might mean you overspend. Terrible decisions can undo an entire business case. In a project that lasts less than two months, with a client watching over your shoulder, there really isn’t any time to be working out which of these is the case. There is only time for clear, cost-effective, client-visible, forward motion.

With this in mind, it seems ludicrous that the software freelance market transacts on a relatively high and relatively narrow average rate range. The average actor in Hollywood earns the equivalent of about £33,000 a year. Is that a useful figure to anyone when top actors are getting tens of millions and the bottom majority next to nothing?

The film industry is perhaps too ruthless a model to copy. It’s not just talent you need to make it to the top. It’s luck, contacts, and an ability to play a complex political game. Thankfully, software people are easier to benchmark. There may be some politics from time to time, but we don’t have to trade on our looks, work out every day or keep the number of a plastic surgeon on the fridge. We don’t even need much in the way of random luck. We just need to be very good at what we do and pragmatic about how we do it.

Sadly, applied ability in the freelancer market is a highly variable trait. The worst offenders are dreadful, just as the best are magic makers. It’s often the case that a project offers a high day rate in the hope of securing the services of a Tom Cruise freelancer. But Tom Cruise freelancers, like their namesake, are in high demand and they can be very choosy about where they work. IT Contracting Agents don’t fight for their represented talent like movie agents do. They fight for the margin of any job, on behalf of any freelancer the project will accept. So once the rate is publicly known it acts as an anchoring factor in the search for talent. Which means Edward Burns does get the Tom Cruise pay-check. Or worse, the project wanted a Jodie Foster but pays the same amount for a Paris Hilton.

The situation is unsustainable. Software projects are too expensive and way more prone to failure than current technology options can account for. On short-term projects, by the time anyone realises the person they are paying for isn’t up to scratch it’s too late. As with actors, we need ways to measure the historical impact people have had (and not trust to a few words on a CV). We need the agents of freelancers to selectively represent only a handful of the very best individuals and to take the time to nurture their charges.

This is not a case for elitism. Studios suffer the egos of difficult actors only if there’s a pay off later. Software delivery isn’t like that. Big egos don’t make projects successful – they destroy them. So freelance suppliers need to weed out self-proclaimed software rock stars. They also need to develop genuine raw talent into the stars of tomorrow, which means sourcing equitably regardless of gender or cultural group. Healthy teams are not made up of typecast geeks and nerds. Strong broad opinions and intense debate is how great deliveries are born, but they are grounded by individuals with mutual respect and a desire to learn.

Regardless of market sector, hiring projects need to demand as much from freelance suppliers as they do from freelancers themselves. When budgets allow, projects may pay more than today for the best of the best but they will do so with clear reasons why. They certainly won’t pay large sums just because the market average has been set artificially high. The simple equation is that skills and attitude equals ability to deliver, which in turn determines market rate. And rather than the determination for this being landed on the hiring party, the freelance supplier becomes accountable. If the supplier can’t explain why a freelance rate is what it is, or explain what they did to validate it, then it shouldn’t be paid.

Unlike the whimsical movie business, this mechanism would provide a clear path to follow for anyone who aspires to be the best but who isn’t quite there yet. It means nobody can sit back, set their own rate and say, “show me the money.” It means project budgets don’t have to be skewed by fake market rates. It means freelancers have to choose to learn and grow and maintain real market-valuable skills if they want to make it in this town.

The Shopify e-commerce platform: why and how to use it

Web security inhabits in a weird place in our consciousness. One minute…

Which Web-Design Trends Will Rule 2014?

There are many elements to a great design. A sure-fire way to…